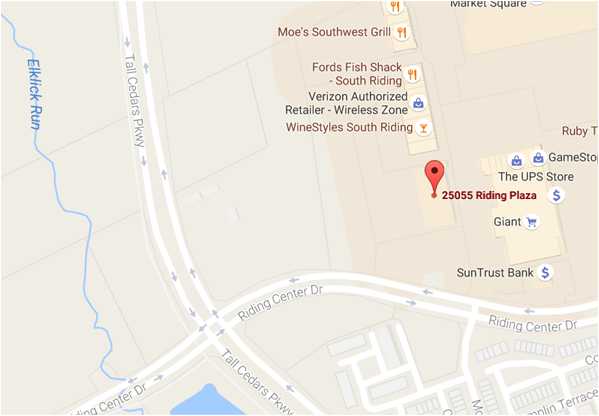 No matter how healthy you live or what you do to take care of yourself, eventually the effects of the sun, environment, stress, fatigue, and the signs of aging will change your appearance making you look older than you feel. The Virginia Institute of Surgical Arts, under the direction of Dr. Trang Thuy Vo-Nguyen, M.D. (Dr. V), is proud to offer the latest in state-of-the-art equipment and the most advanced fractional technologies available including Fraxel® Laser Systems. Solta Medical, Inc. is a global leader in the aesthetics market and since 2002, almost one million Fraxel® procedures have been performed safely on patients in over one hundred countries around the world. Fraxel® is a proven laser technology for patients that want to reverse the visible effects of aging without the extended downtime and recovery that comes with cosmetic surgery. Dr. V understands that your genetic make-up and personal history contributes to how your skin looks and feels and she will develop a treatment plan with Fraxel® that fits your specific needs and fits into your busy schedule.

Schedule a Consultation Today
Now Offering 3D Before and After Imaging!
View Your Results During Consultation

At The Virginia Institute of Surgical Arts, Dr. V is proud to offer three of the currently available Fraxel® treatments that include:

Fraxel® is the pioneer of fractional photothermolysis which is a technology where thousands of microscopic laser columns (each just one-tenth the diameter of a hair follicle) treat a fraction of the skin at a time without affecting the surrounding tissue. The term “Fraxel” comes from the fact that Fraxel® lasers operate using fractional light technology as opposed to light technology on a uniform plane older CO2 lasers systems used. Traditionally, two kinds of laser treatments have been used for cosmetic skin treatments that include ablative and non-ablative. Ablative treatments use a high temperature to vaporize unwanted tissue and although it is effective, it has significant side effects and the recovery time involves several weeks. Non-ablative treatments have very few side effects and low downtime but they commonly require numerous treatments to produce even modest results. Fraxel® technology is superior to competing laser treatments because it is able to precisely treat the targeted microscopic areas of the skin using pinpoint laser beams that penetrate the surface to extinguish old skin cells. Fraxel® laser systems deliver the potency of ablative treatments with the gentle safety of non-ablative lasers so you get dramatic results with less downtime.

Fraxel® lasers are a premier type of laser therapy that emits monochromatic light waves to treat sections of the skin in vertical columns leaving the skin in between the columns untraumatized. Fraxel® laser treatments are designed to treat between 5-35 percent of the skin’s surface leaving the remaining 65-95 percent to stimulate the production of healthier skin to replace damaged tissue. Because the fractionation is at a microscopic level, it appears as if the whole skin surface has been treated and Fraxel® is extremely accurate making treatments safe for even delicate areas including the neck, chest, and hands.

There are two levels of results in a Fraxel® treatment: progressive and immediate. After the first healing process completes, the surface of your skin will feel softer and the tone will even out for immediate effects while progressive results will continue to take place over the next 3-6 months as the deeper layers of your skin heal. The Fraxel® laser treatment will stimulate your body’s own natural healing process to efficiently replace damaged skin dramatically changing your appearance.

The medical science behind Fraxel involves three key components including the:

Networks of collagen and elastin proteins exist under your epidermis and they are responsible for keeping your skin firm and supple. As you age, the proteins break down and Fraxel® laser treatments penetrate deep into your dermis creating tiny wounds that prompt your body’s response system to heal itself. There are many options available to rejuvenate your skin but unlike other remedies that scrape, peel, and cut, Fraxel® laser treatments have been cleared by the FDA to gently and effectively resurface your skin from the inside out. The range of Fraxel® treatments vary in aggressiveness, recovery time, results, and the number of procedures needed and regardless of the level of skin damage you have, there is a Fraxel® treatment that is right for you.

In the past, wrinkles have signified a life filled with laughter and memories but today people are living longer and they want to restore their skin to its original beauty. Most of us wish we could slow down the signs of aging and Fraxel® is proven laser technology that removes years from your skin’s appearance helping you look as young as you feel. At The Virginia Institute for Surgical Arts, Dr. V and her professional team are committed to providing effective solutions for rejuvenating your skin and the benefits of Fraxel® laser systems speak for themselves. From the moment you enter our doors, we strive diligently to ensure you have a rewarding experience with an excellent outcome that meets your expectations. Fraxel® laser treatments are convenient and safe without the risks and side effects commonly associated with laser procedures and by choosing Fraxel®, you can be assured that you will receive dramatic results with less downtime. Fraxel® lasers treat many areas of the face and body and the versatility of the product line ensures that patients can choose the best treatment for various stages as their skin care needs change and evolve throughout their lives. If you are considering a Fraxel® laser treatment and you have any questions regarding Fraxel Re:pair®, Fraxel® DUAL, Fraxel® Re:fine™, or any other cosmetic procedure, please contact The Virginia Institute of Surgical Arts today and let us schedule your consultation with Dr. V.

Contact The Virginia Institute of Surgical Arts by clicking here or calling 703-327-8200.

THE FALL CAPSULE COLLECTION 2022
Purchase any combination of treatments

THE FALL CAPSULE COLLECTION 2022
Purchase any combination of treatments